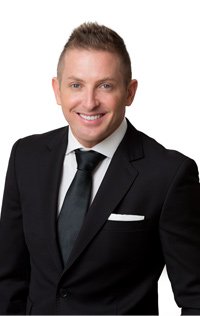 AUSTRALIAN OF THE YEAR 2014 - VICTORIA

John Caldwell is an Australian who was raised in caravan parks by parents whose lives were a cycle of violence and alcohol. John was bullied at school, abused by foster parents, and was present when his father killed himself with a shotgun in the family caravan. By 15 John was homeless and forced to leave school abandoning any hopes of qualifications or a future. Against all odds, he rose above this nightmarish childhood.

Determined to make something of himself John quickly realised that retail and hospitality was the best avenue to propel him to success. Progressing from an entry-level role, through to support office he took a number of posts including Training Manager and State Operations Manager. By 21, John owned two fast food franchises, he won the Franchise Store of the Year award and was globally recognised as a Top Franchisee. Continuing in the industry, he worked within fashion in HR, Operations and General Management functions.

All the time he concealed from colleagues and friends that he was gay.

John’s experience, drive and entrepreneurialism led him to set up The RWR Group of companies comprising of Retailworld, RWR Executive, Hospoworld and RWR Health across Australia and New Zealand. Some of the largest and most successful recruitment brands in their sectors. In 2014 John was awarded the SEEK Australian CEO of the year award for his commercial success and industry contributions.

In recent years John structured the business into a franchise model allowing the business to partner with some of the top recruitment minds in their fields. RWR Group is going from strength to strength with new offices opening all the time.

John is also the founder and CEO of John Caldwell Holdings Pty Ltd a property design and construction arm. Self-taught in both development and interior design John has completed many projects with properties featured in all manners of interior design magazines here in Australia and globally. JCH properties have been featured on the cover of Grand Designs magazine Australia and one was the first property ever to be featured concurrently on the cover of Grand Designs New Zealand and Australia. JCH also wholly owns and operates a string of upmarket holiday rental properties in some of Australia's most desirable holiday destinations including the Blue Mountains, St Andrews Beach and Melbourne CBD.

In more recent times John has explored his childhood passion for drama and creativity through TV and film production, he has featured heavily on Australian radio and Television as an entertainment reporter and media commentator. Check out some of his work on this website.

John’s true passion now though is giving back through his many philanthropic endeavours and various charities where he acts as an ambassador, board member or chairperson.

Australian Of The Year - Victoria 2014

In 2014 John was recognised with the highest honour for his philanthropic work. The Australian of the Year Award celebrates the achievement and contribution of eminent Australians by profiling leading citizens who are role models. They select people who inspire through their achievements and challenge people to make their own contribution to creating a better Australia. Each year this particular achievement is awarded to only one single Australiana.

Most recently John has teamed up with long-time friends to be a major shareholder and contributor to the social enterprise skin care company Unlabelled.

Unlabelled is a non for profit organisation that aims to help reduce the incidence of youth suicide. To help us achieve this, we have created a range of ethical and sustainable hand and body wash products which are sold nationally through Chemist Warehouse and our website.

100% of profits from unlabelled go towards resourcing Headspace, QLife, Kids Helpline and The Black Dog Institute whose work is so vital in helping prevent youth suicide.

One year later, the Alannah & Madeline Foundation was launched in the girls’ honour by their father, Walter Mikac AM and a small group of volunteers. They were driven by the belief that all children and young people should be able to live a happy and safe life, free from violence and trauma.

Today our mission continues through care, prevention and advocacy – from supporting children experiencing family violence to online bullying and fighting for the rights of young people everywhere. After 25 years, our fight continues. The challenges facing children and young people may have changed, but our mission has not.

John now works closely with the foundation and campaigns to spread the anti-bullying message on a global scale. He is actively involved with communities on all levels, from schools to universities doing research into the epidemic as well as groups lobbying to government.

Making an impact internationally, John is taking the message to all corners of the globe, being relied on as the link with overseas charities such as The Trevor Project in the USA and the Anti-Bullying Alliance in the UK.

As a victim of bullying throughout his childhood, John is passionate about educating youth on the affect a bully can have on a person. Speaking through his own journey, he presents to large groups with an anti-suicide message – proving that you can come out the other side stronger than ever.

John released a book, Full Throttle, in 2013 which revealed his upbringing and the emotions he experienced that have led him to work tirelessly to spread the anti-bullying message.

After being Midsumma Festival Champion, John joined Midsumma as a board member in 2015, and was then elected Chairman.

Midsumma is a Melbourne-based organisation with an annual festival celebrating the LGBTIQ community. During his time as chair, John transformed the almost bankrupt festival into what is now one of the top 5 LGBTQI festivals in the world and includes a wide variety of arts and cultural events.