Star Trek Beyond
Would you let your kid skip class for their Birthday? It’s JC’s Daily Dilemma on Studio 10
September 5, 2016 No Comment 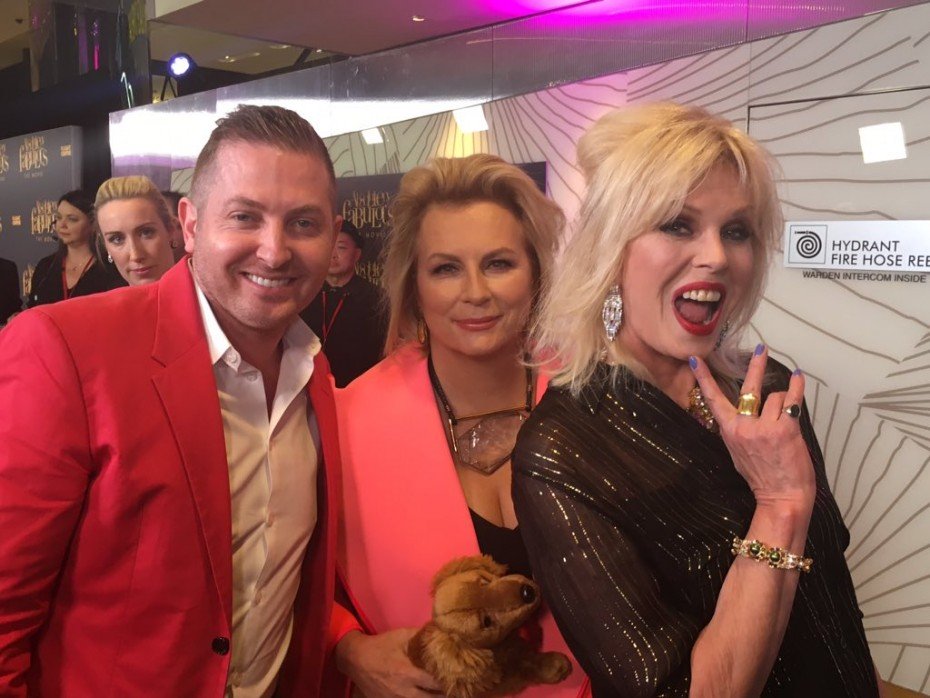 So many great TV shows have been made into movies, and I’ve never been impressed by them – until now.

I went into the cinema with no great expectations other than wanting an extra-long episode of the greatest TV show ever made. And that’s what I got – no less, and not much more.

There’s no issue as long as you, like me, think that an extra-long episode of Ab Fab beats anything that has aired since the show stopped filming. Jennifer Saunders has managed what other TV show-based movies have failed miserably so far to achieve: getting all the best of the show into a full-length movie and bringing enough new content without losing the DNA of the show.

In fact, when I spoke to her she said this was her greatest challenge. Well bravo, Jen. You nailed it.

If you are a crazy Ab Fab fan like so many, myself included, you are in for a real treat. The film is full to the brim with well-known one-liners and themes referencing the show’s entire 24-year history. Every favourite Ab Fab line has been stuffed into this movie like Eddie into a Lacroix top two sizes too small. The fantastic one-liners that we know and love slot in seamlessly with an entirely new repertoire that fans are sure to be rolling out in everyday life for years to come.

Fear not, the undertones of drugs, homosexuality, transgenderism and wealth are also as strong as ever, as is the need for an inhuman level of Bollinger consumption.

The most noticeable change from the TV show hints at what I expect is a much larger budget, evident right across the film. Eddie’s new house is much larger and more fabulous, there are better cars, better parties and, of course, a much better location with most of the filming taking place in the south of France.

Ab Fab has always been known for its high-profile cameos, but the movie takes it to a new level. More than 60 cameos from regulars such as Lulu and Emma ‘Baby Spice’ Bunton to newcomers such as Jerry Hall – just magic and clearly taking the piss out of herself – and of course Kate Moss. In fact, the film is largely based around an accidental drowning of Kate Moss at the hands of Eddie, but all is not as it seems.

Following Patsy and Eddie to the South of France, where they flee in search of the real whereabouts of Kate Moss, provides an incredible amount of laughter and a damn good release from the pressures of the oh-so-PC world we live in. For the disappointingly short 90 minutes, you are completely transported from the real world and feel you are on this journey with them. However I do admit I felt short-changed by the extremely short running time, but that could just be further proof that this was one exceptionally well-written, funny and creative film.

Of course I need to be objective and point out that some characters have morphed even further into the ridiculous, such as Bubble (Jane Horrocks) who seems to have amassed a fortune funnelling money from Eddie, which causes a most unbelievable character transformation and one I could have done without.

All in all though, I can’t wait for the next film – especially as Jennifer Saunders promised me a role in it!