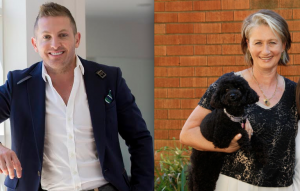 It’s the second time Midsumma has introduced festival champions, after New Zealand MP and marriage equality advocate Louise Wall and Aussie Rules player Jason Ball had the honours for this year’s festival. Midsumma chair Aaron Hockly has welcomed the Phelps and Caldwell as the 2015 champions. “Both are high-profile advocates for the GLBTI communities as well as being very successful in their respective fields,” he said. “Kerryn and John’s appointment continues the board’s deliberate strategy of raising the festival’s profile and we look forward to working with [them] to promote the Midsumma Festival and its aim of celebrating diversity.” Phelps is a professor for both Sydney University’s Faculty of Medicine in the School of General Practice as well as the University of New South Wales’s faculty of Public Health and Community Services, and she was the first woman to be elected president of the Federal Australian Medical Association, a position she held between 2000-2003. She has been a familiar face to many Australians over the last 20 years during which she appeared regularly on TV, radio and the print media informing the Australian public on health issues, and is also an advocate for human rights. Phelps married Jackie Stricker-Phelps first in New York in 1998 in a religious ceremony, and again legally in New York in 2011. Meanwhile, Caldwell is this year’s Victorian Australian of the Year 2014, as well as a chief executive, author, film producer, media personality and philanthropist.

Known for his youth protection work and for his endeavours in the anti-bullying space, Caldwell also advocates for gay rights as a patron for Melbourne’s JOY 94.9 community radio and supports initiatives against family violence.

As Festival Champions, Caldwell and Phelps will provide a public face for Midsumma and the work it does in celebrating diversity and reducing homophobia and transphobia.