Would you let your kid skip class for their Birthday? It’s JC’s Daily Dilemma on Studio 10
This week’s Life Hacks with JC on Studio 10
September 7, 2016 No Comment 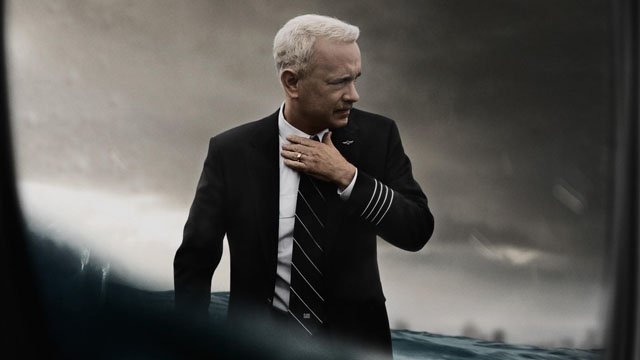 ‘Gripping’, ‘heroic’, ‘inspiring’ and ‘emotional’ are just a few words that spring to mind as I finish watching this inevitable Oscar contender.

Sully is based on the true story of the now famous landing of US airways Flight 1549 in New York’s Hudson River and its Captain Chesley "Sully" Sullenberger, played by Tom Hanks, along with First Officer Jeffrey "Jeff" Skiles as played by Aaron Eckhart. All 155 people on board survived, and there wasn’t a TV screen or newspaper front page in the world that didn’t feature the story – but if you think you know the whole story, think again.

The story initially focuses on the aftermath of the accident, exploring the intense scrutiny placed on Captain Sully. A day after the incident, Sully was still raw himself and coming to terms with the miracle that had just unfolded at his own hands, yet found himself at the centre of an Federal Aviation Administration (FAA) investigation that seemingly wanted to target him as the problem rather than the hero.

As someone who is possibly a little morbidly fascinated by the stories of aircraft accidents, I became a little disappointed to begin with, that the usual re-enactment wasn’t in sight. But the flashbacks came in a very creative way, as part of reliving the incident for the purpose of the investigation, through the eyes of those involved: air traffic control staff, the police, the ferry operators and ground crew, and the Red Cross.

According to the real-life Sully, whose book formed the basis of the film, it was important to showcase this incredible moment where he believed the best of humanity was on display. Certainly, at the time, New York was short of good-news stories, and watching so many people come together to save every life onboard that plane will make even the most hardened moviegoer shed a tear.

Laura Linney is brilliant as always, but you know when her role is almost a mere cameo that the other talent must be seriously A-grade. Hanks plays the role of Sully so believably, with his snow white hair and moustache combo, that you utterly forget you are watching a multi-Oscar-winning actor. Eckhart plays a fabulous supporting role, bringing some light humour to an otherwise serious role – although I can’t find anything to support that the real Skiles injected such humour along the way.

As the film just premiered at Telluride Film Festival to not one but two standing ovations from a packed house – including Academy President Cheryl Boone Isaacs and CEO Dawn Hudson – we are probably looking at a serious Oscar contender here. Regardless of its Oscar cred, they should be proud of such a powerful film that tells the true story of an incredible historic event. A must-see.