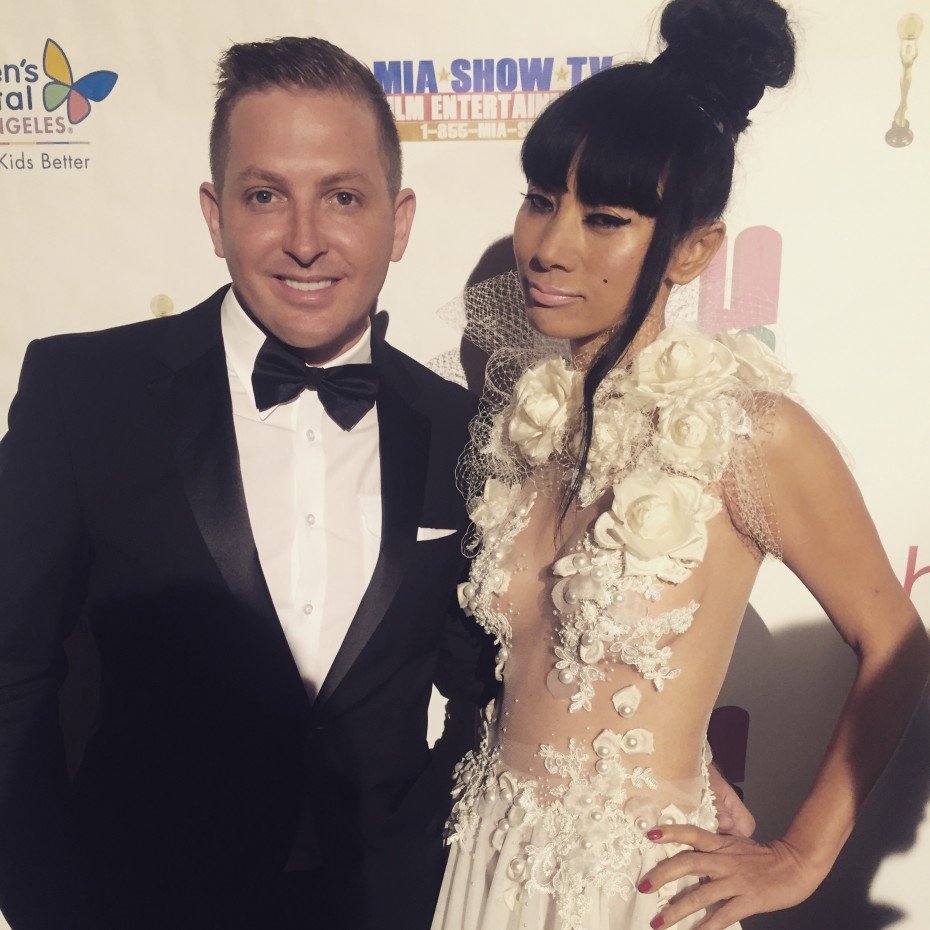 Kicking off the crazy Oscars week was an inaugural awards show to thank those behind the scenes. At where else but the Fonda Theatre, the event hosted by KEarth's Lisa Stanley was elegant and Stanley killed it as the host. 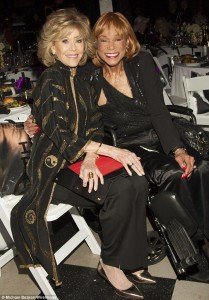 The benefit raising money for the children's hospital saw Hollywood old school glamour come out to play with 77 year old Jane Fonda stepping out to present an award to her long time make up artist Bernadette Anderson.   The two time Oscar winner donned a chic black and gold tunic, over black pants with gold pumps; simply stunning. Snubbing the red carpet and the awaiting media and guests, she seemed less than happy to be there. She did however warm up, delivering a very heartfelt speech when presenting Bernadette with her prestigious award. 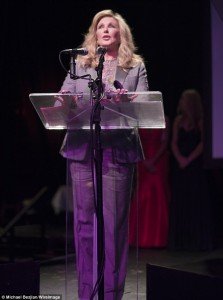 Morgan Fairchild on the other end of the scale was understated, in a light grey linen suit and matching pumps as she posed for pictures with fans and signed autographs. With a lot of new projects on the go she's a busy lady, but tells me her work with AIDS awareness is what she's most proud of.   The lady of the evening was none other than the amazing Barbara Eden who delivered a beautiful acceptance speech and even included the signature "Jeannie" nod and wink. She was in good sprits and spent a large part of her evening chatting with fans. 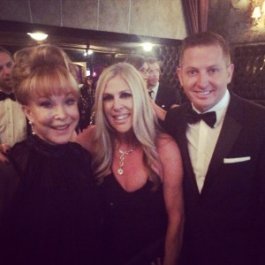 Patrick Stewart also graced the stage, before ducking out stage left to avoid fans and refusing to chat with media; including myself.   Host Bai Ling rocked the Carpet wearing a white rose embellished dress with daring cleavage. She told me how she enjoyed kicking Jude Laws ass and that she felt like she was a female Johnny Depp.

The highlight of the night had to be Jennifer Lewis presenting an award before breaking out in impromptu song. Jennifer reminisced with me about her 'Sister Act' days before praising them for her fat royalty cheques. She's simply spectacular. 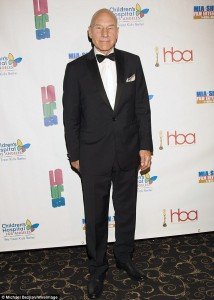 The Hollywood beauty awards is a chance for the industry and many of the industries big names to thank those who've worked behind the scenes to make them look the part. Accolades were flying with sincere words of thanks to the room, from those who they've made over day after day and some for many years. Dayna Devon proceeded to tell the crowd that she looks like a Chihuahua in the mornings, before her make up team gets to work. 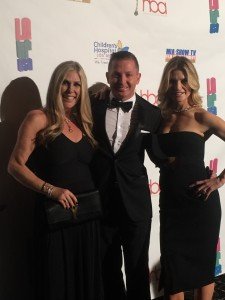 A plethora of other stars came out to support their friends teen wolf star Maegan Tandy, the Flash star Greg Finley and the hottie of the night Graham Patrick Martin of true crimes were by far the most delightful group of young actors I've ever interviewed. 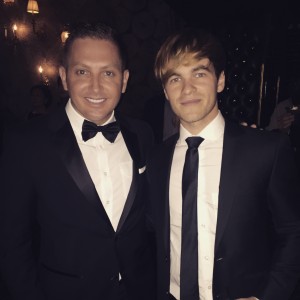 This may have been the Hollywood beauty awards first year, but it's definitely not going to be the last. This event will grow from strength to strength and has such amazing support behind it.