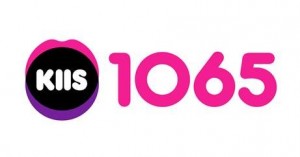 Today’s announcement follows ARN’s recent unveiling of the first phase of its transformative 2018 strategy for the KIIS Network, with new national Drive Show ‘Will & Woody’ aka Will McMahon and Woody Whitelaw and new Breakfast show ‘Jase & PJ’ aka Jason ‘Jase’ Hawkins and Polly ‘PJ’ Harding for Melbourne’s KIIS 101.1.

Celeb HQ will air nationally from 7pm – 8pm, right after Kyle & Jackie O’s Hour of Power, and feature all the latest gossip from Hollywood and home with Zoe Marshal and John ‘JC’ Caldwell, and Craig ‘Lowie’ Low will also contribute special news and features from his base in LA.

ARN National Content Director, Duncan Campbell said: “This announcement completes the unveiling of a new strategic direction for the KIIS National Network that has been in planning for the past 12 months.

“KIIS is a vibrant network and this is an exciting evolution for the night schedule with the focus on celebrity news, entertainment and fresh on-air teams. Celebrity HQ is going to be a fun, irreverent and exciting new nights show and I am pleased to welcome Zoe Marshall back to KIIS as she teams up with our resident entertainment reporter JC and Lowie. This new national evening line-up will strengthen and re-energise our offering across the network to be even more competitive in all markets next year and beyond.

“I would like to thank The Thinkergirls – Stacey June and Kristie Mercer – for being part of the KIIS team for the past two years. They have delivered a uniquely entertaining show to a loyal audience and we are working together to explore opportunities for the future.”

Zoe Marshall has worked in the media for the past 10 years as a host on radio and TV and as an online contributor. Previously one of the hosts of KIIS FM’s 3PM Pick Up, Zoe is married to NRL’s Benji Marshall and is a self-confessed ‘over sharer’. She is host of “The House of Wellness” on Ch7Two every Sunday and has appeared on The Project, Sunrise, The Morning Show and The Daily Edition.

John ‘JC’ Caldwell is the resident entertainment reporter for the KIIS FM Network and the Kyle & Jackie O Show – his passion for entertainment and his natural rapport with global celebrities has made him one of the hottest names in entertainment media in Australia and the US.

Lowie is an award winning Australian comedian, TV and radio host and writer. He has featured on MTV, Fox, Nickelodeon and The Comedy Channel and is currently the host of Lowie Live which can be heard on iHeartRadio.

ARN is one of the leading broadcasters in the country with ownership or investments in 12 radio stations nationwide. Its network brands KIIS and Pure Gold, along with iHeartRadio and The Edge, entertain and influence over four million listeners across Australia.

The Edge is available on FM as The Edge 96.ONE in Sydney and nationally via iHeartRadio and DAB+. The Edge Breakfast hosts are Mike E & Emma.

ARN also launched iHeartRadio, the world’s fastest growing digital service, to the Australian market in 2013 and the platform has had over 855,000 downloads. iHeartRadio is a free, all-in-one radio, music streaming, entertainment and live events platform. In addition to being able to access their favourite music from around the globe, audiences can access their favourite stations in Australia from ARN, the ABC, SBS and Fairfax, as well as stations from New Zealand and the USA.

ARN is a HT&E company.