Manchester by the Sea

Gold
Should mothers be shamed for sending kids to school with chocolate cake? It’s JC’s Daily Dilemma
February 2, 2017 No Comment 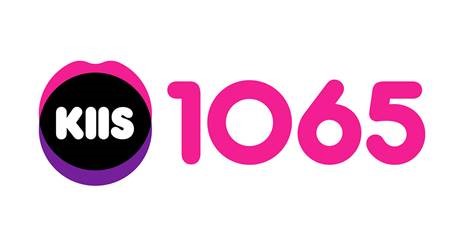 JC REVIEWS MANCHESTER BY THE SEA

The first 20 minutes of this film bored me to tears and had me wanting to leave the cinema. That was all before I realised it was the perfect set up for a film exploring the powerful story of human devastation while shining a light on the mundane aspects of life we all face.

The initial spotlight is on Boston janitor Lee Chandler (Casey Affleck), and focuses ad nauseam on his mundane day-to-day life of unclogging toilets and scraping sidewalks before indulging in his nightly routine of drinking and starting bar fights. Clearly a man carrying scars from a deep dark past, Lee goes through life showing little care for anything or anyone including himself.

After watching Lee scrape the sidewalk and take out the trash over and over again, the film finally starts to go somewhere once Lee receives the call that his brother with a pre-existing heart condition is in hospital. Lee hits the road for his childhood home Manchester by the sea, causing memories of the past to show us the once close bond he had with his brother and his then young nephew Patrick played by Lucas Hedges.

The flashbacks do a great job of laying the groundwork, showing us Lee’s close relationship with his ex-wife Randi (Michelle Williams) and highlighted that his brother had long separated with his ex-wife and had no contact due to her extreme alcoholism. I’m not usually a fan of retrospective story telling but it’s these flashbacks start to pique the interest to want answers as to what happened to them all.

Arriving too late Lee misses the chance to say goodbye to his brother and immediately snaps into practicality. First order of business is to pick his now 17 year old nephew up from school and break the news of his father’s passing.

Very soon Lee has to come to terms with the fact that he has been appointed guardian of his nephew.  A role he neither wants nor has the capacity to fulfil, the bulk of the film centres on the relationship between the pair navigating the way forward for both of their lives. It’s so far from a cliché or a happy ending, it is really refreshing compared to many movies of late.

The relationship between the two makes for a fascinating viewing. It is so realistic that at times you feel like you’re watching a documentary rather than a drama. The relationship also plays out with some incredibly funny one liners that will make you laugh out loud all the while intertwining so perfectly through the heartbreakingly sad story. Again, it’s this awkwardness of finding humour amongst such terrible sadness that reflects reality to a tee.

The thing that I found so fascinating - and somewhat captivating - about this film was the director’s intent to focus on the mundane and highlight the smaller details that most films would figuratively air brush out. Director Kenneth Lonergan hones in on them giving the film a believability that so many others lack. I found myself wondering why the imperfections weren’t edited out before realising that it’s exactly how it would have played out in real life, a directorial triumph of epic proportion.

It’s about half way through that the past catches up with us and all of our questions are answered. It’s truly gut-wrenching and will leave you numb in your seat. The absolute depths of human despair are explored and done in the most tasteful, powerful and emotional way possible.

Of course, Casey Affleck is brilliant in this film and really steps out of his brother’s shadow showing what he is made of, a believable and commanding performance. I am not typically a fan of Michelle Williams but she owned her part in this and delivered beautifully.

The stand out performance for me was Lucas Hedges, pulling off an awkwardly funny, deep and depressed character to perfection. Delivering one liners in a way that enlightens a grieving son is a form of art that only few have mastered like he did, and is some of the best that I have ever seen.

Although I watched this film largely thinking it was artistic and not my typical style of film, bit by bit it became more obvious how realistic it was, uncomfortable to watch at times. For anyone who’s suffered true loss it might just be too close to home. This is an incredibly powerful film directed perfectly nonetheless. I can totally understand the slew of awards this film has won and can’t wait to celebrate its success. In particular, I will watch with excitement to see where the fabulous Lucas Hedges’ career sky rockets from here.