John Caldwell: Entertainment Reporter for KIIS FM, Australia's leading radio station. JC is well known for his philanthropic work that earned him the title of Australian of the Year in Victoria. Working internationally on his cause led to his role as a social commentator across various media outlets. After interviewing some of the biggest names on the planet such as Kim Kardashian and Angelina Jolie, JC naturally transitioned into the world of entertainment.

JC has worked across TV and radio in Australia and the USA and now has his dream role with KIIS! His new radio show Celeb HQ debuts in February 2018!

On the back of the success with his book “Full Throttle,”  John was approached by Los Angeles producers with the idea of creating a reality show based on his life and living at full throttle.

For the past year John has allowed a film crew to follow him as he navigates the hurdles of life in the fast lane. Not one to dwell, John doesn't let his checkered past hold him back as he lives a lavish lifestyle that most can only dream of.

With a book to promote and constant media demands, join John and his group of celebrity friends as he lives (fabulously!) in the limelight.

Be part of the journey as John travels the globe to expand his business empire. Travel on the heartfelt philanthropic expeditions to remote locations. Feel the emotion as he recalls memories of dark, personal pain. Ride the rollercoaster on his never ending quest to start his own family.

Laugh with him, cry with him. Love him or hate him, you’ll be addicted to the life of John Caldwell.

No stranger to being in the spotlight and rubbing shoulders with the fabulous and famous, John is an entertainment reporter and has interviewed some of Hollywood's biggest names.

A Social Commentator, John promotes his key message through Australian media. Watch the video for a snippet, or contact the John M. Caldwell PR team for more information 03 9666 1555. 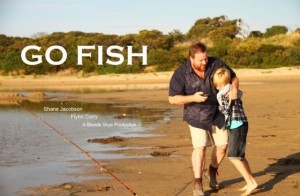 John is the Executive Producer for the Short Film GO FISH. 'GO FISH' is a short drama that confronts the struggles of a socially unaccepted boy who, traumatized by an untimely death, develops an obsession with fishing in order to reconnect him.

Ostracized, belittled and misunderstood by his peers, young Sam's scars run deeper than anyone knows. After a violent accident Sam now spends his afternoons upon the school sports shed, his fishing line cast among a mass of schoolyard jeers and hurtful words, fishing for his father, for salvation, for hope, and just maybe, for the healing powers of friendship. 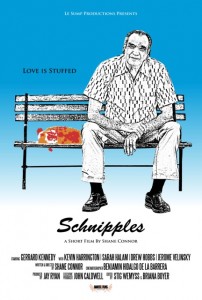 John took the reigns as Executive Producer on his first short film in 2012. He worked with an acclaimed cast and crew with experience on shows such as Neighbours, Sea Patrol, Terra Nova, Beauty and the Beast, Sea Change and Underbelly

John is currently working on a new script and will move into a co director role in his next film.

With a passion for performing arts, John coupled  his commercial skills with his creative side and delved into the world of film.

"When a widowed man makes his first trip back to his hometown, he attempts to honour the last promise made to his dearly departed wife – to have their beloved feline laid beside her."

To watch the trailer - click on the clip to the left (to see in a larger view, click 'you tube'or 'full screen')

Chosen from thousands of films, Schnipples was selected to feature at the 2013 Dances with Films festival in LA. See the gallery page for photos from the event. 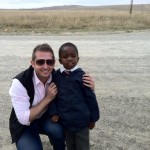 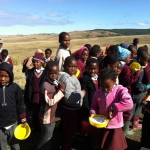 John made the documentary 9-90 while volunteering in South Africa. Exploring the lives of people from 9 years to 90 years old and how times have changed for better and worse John interviewed people across the poverty stricken area. With no power and no water the environment was gut wrenching for John who saw it as an opportunity to share the stories of those less fortunate and encourage others to sponsor in areas of need.

9-90 is currently in the editing room and is due for release soon. 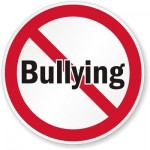 Currently being filmed, pieces is the untold story of bullying and its long term effect. This hard hitting documentary pieces together the lives of bullied victims and their stories that have led to tragic ends. Highlighting the reach of this international epidemic Pieces explores the different cases from all corners of the globe.

If you know of a family that has been directly effected by bullying and would like to submit them for this project, please email info@johnmcaldwell.com